Level up to the new Nokia C1. Enjoy your entertainment – anytime, anywhere – with the large screen and all-day battery life2. Raise your selfie game with the front-facing flash and 5 MP camera.

Do more with Android 9 Pie (Go edition) – watch your favorite videos, view your photos, and even find your way home all while offline.

HMD Global has just launched the Nokia C1 in Kenya and comes in a form factor that is similar to the Nokia 1 Plus except that it has a speaker hole on the back left side.

Store up to 24 hours of video or up to 3000 songs thanks to lighter apps taking up less space on your phone. Want even more? Add a memory card to make more room for all the things you love. 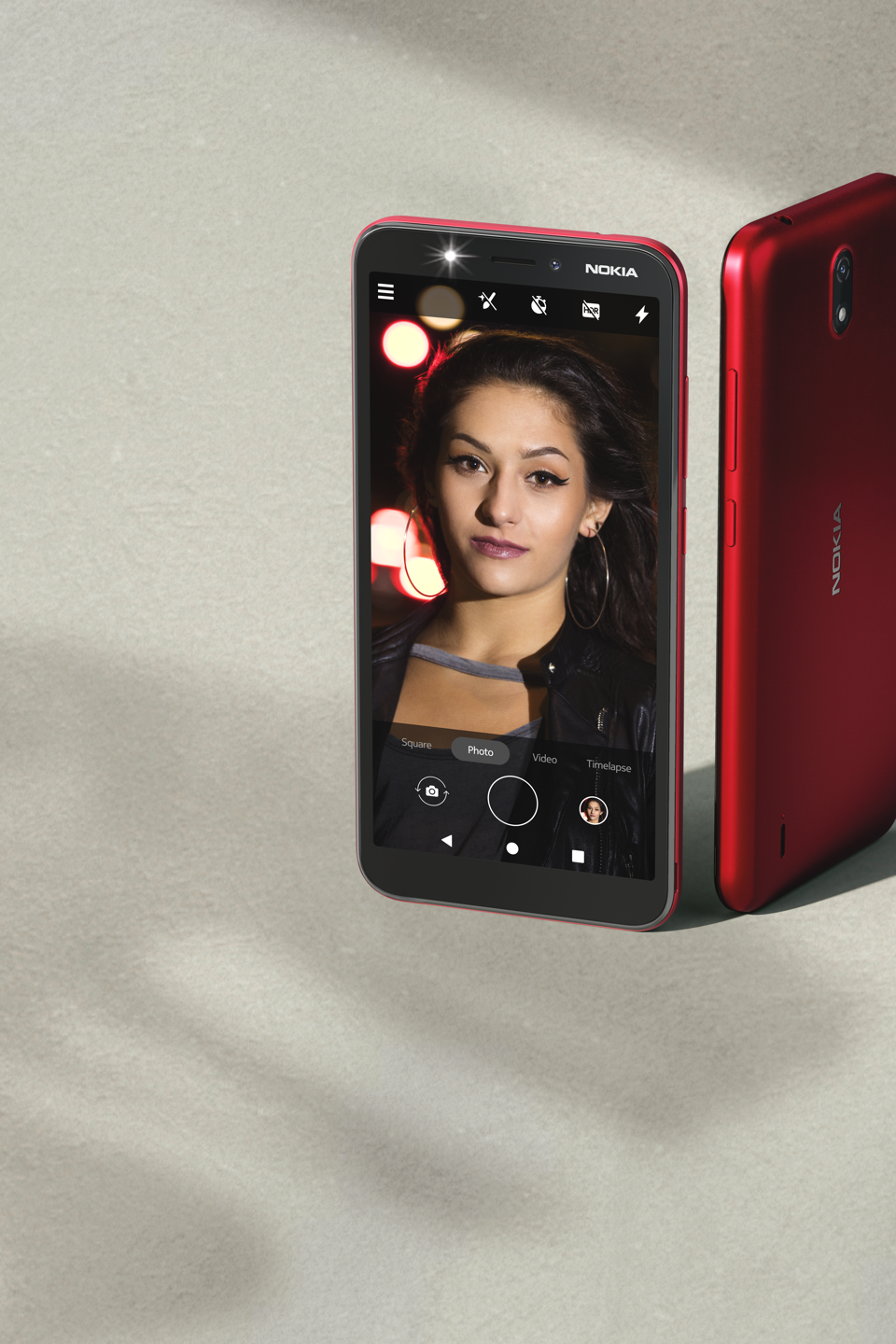 Nokia C1 always has your back. Keep the chat and apps going all day with the reliable 2500 mAh1 battery.

Since Nokia made a come back to the smartphone industry we have seen the company release quite a number of smartphones. The catch was that its releases would feature pure Android, stock, experience.

This promise has lived on and has been continued with Nokia Cl which comes running the Go Edition of Android 9.0 Pie.
This is really nice because at this price point you would usually expect a budget smartphone to run a previous version of Android or an OS that isn’t even it. But Nokia Cl surprisingly comes with 9.0.

I can not guarantee an update to 10 Oreo is on the way since the hardware specifications here may not allow for that – see Oppo All.
This phone’s central processing sees a Quad-core 1.3 GHz CPU whereas internal storage is 16GB with 1GB RAM.

Now you can very easily see where the price cuts spouted from. See Nokia Cl as an alternative to a mulika mwizi as already I have recommended.

See it more like a phone to have to fun, or if worse comes to worst then, for the sake. But this is not a daily driver kind of smartphone unless the most you want a phone for is calls, texts, and light browsing.

That internal storage can be expanded using a micro SD card up to 64 GB. 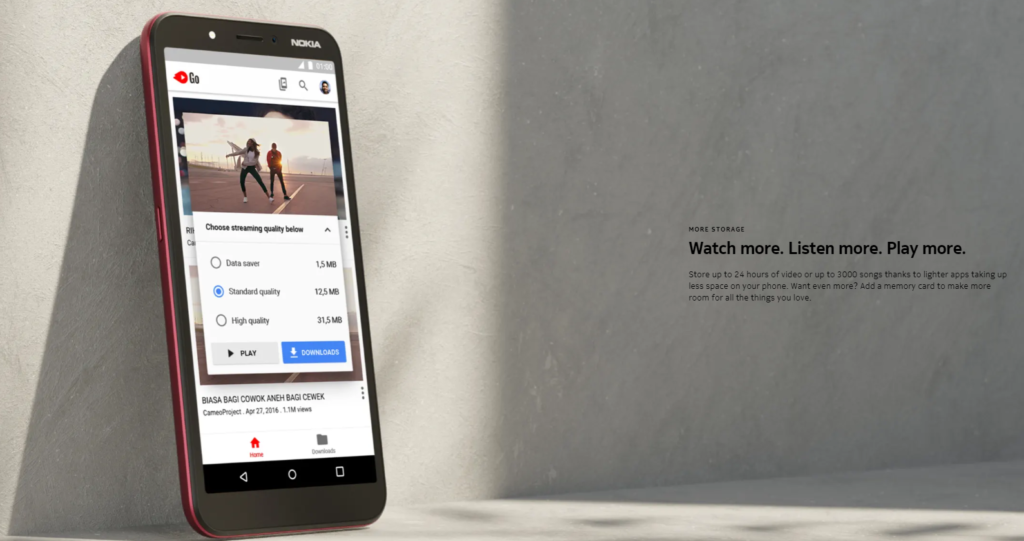 I  want to think that anyone who wishes to buy Nokia C1 will be asking too much if s/he asked for more than this phone has to offer.

Even for its display even for its cameras. Here is a 5 MP, f/2.4, AF main camera, and a bright 5 MP front-facing camera. I say bright because it is accompanied by an LED flash. See Nokia 2.3.
Yes, there are bezels here. Both top and bottom.

Its display on the other hand is a 5.45 inches IPS LCD capacitive touchscreen with a 480 x 960 pixels resolution. What can I say, cute? The sweet Nokia C1 display has an 18:9 ratio and 197 PPI density. By the way, the video recording here is 720p©30fps as one would expect.
Battery
Nokia has a splendid reputation with battery life. On Nokia C1 is a removable (yes removable) Li-Ion 2500 mAh battery.

We very rarely see removable batteries these days but for those who would wish to have a phone with it, try Nokia C1. Get 2-3 days of usage with this battery capacity — see also Huawei Y6p.

Check out the latest smartphones in Kenya