Samsung’s Galaxy A10s products are a range of devices packed with compelling innovations for daily life. As the newest addition to the Samsung Galaxy A10s family.

The Samsung Galaxy A10s delivers powerful performance and optimized functionality primed for a new era of communication and connectivity.

Thanks to its 4000mAh battery, the Galaxy A10s can keep up with you all day, whether you are gaming, streaming, or broadcasting live.

The all-new dual-camera means brighter, clearer photos, while depth detection intelligently recognizes backgrounds and allows you to add artistic effect to your images.

The Galaxy A10s’ remarkable 6.2-inch Infinity-V Display provides an immersive experience when catching up on your favorite content, and with the addition of a fingerprint scanner to the Galaxy A10s, you can be sure to keep your data safe.

Place your order for this amazing product from BigTech Solutions and have it delivered to your doorstep at an amazing price. 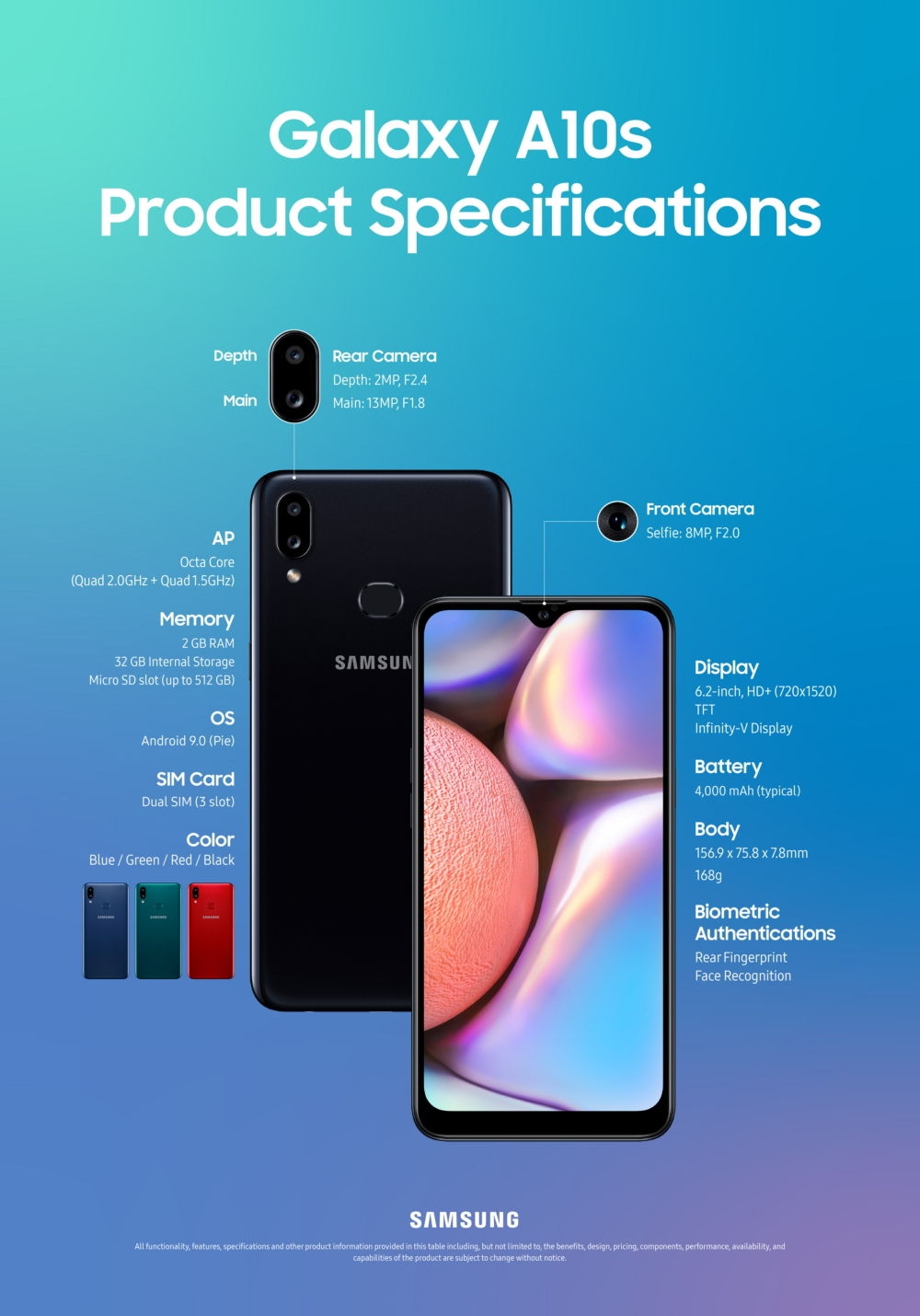 • Misc: Fingerprint sensor, Triple card slot
The Galaxy A10s features a dual-camera module at the rear consisting of a 13MP primary sensor with LED flash, f/1.8 aperture + 2MP secondary sensor with f/2.4 for bokeh effects and AR stickers while there is an 8MP selfie snapper with f/2.0 aperture on the front.

The phone is backed by a 4,000 mAh battery and includes a conventional fingerprint sensor on the rear panel.

The Samsung Galaxy A10s will be available in color options of Blue, Green, Red, and Black.

The entry-level market segment in the smartphone has increasingly become a major battlefield.

Many multinationals that didn’t give it much thought are suddenly scrambling for the mass market as smartphones becoming cheaper, hence the need to offer greater value at lower prices. 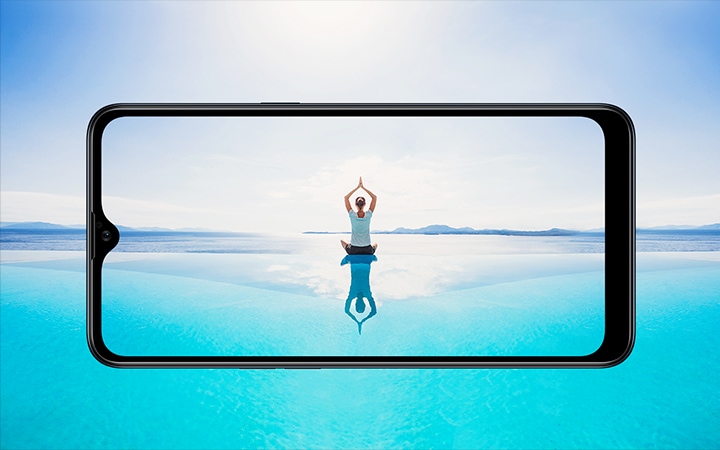 And in Samsung’s arsenal lies the Samsung Galaxy Alas, launched in August 2019, a very reasonably priced device. Here’s why it’s as big a contender as most.

Screen and design of the Samsung Galaxy A10s

The Samsung Galaxy A10s comes with Android 9Pie straight of the box with Samsung’s One UI.

It is a great entry-level device and most not inclined to powerful phones would greatly appreciate it.

On top of that, it supports 4G and has that elusive 3.5mm headphone jack.