The Lenovo x220 Tablet features a 12.5″ HD+ multi-touch display with a 16:10 aspect ratio for watching movies and editing photos.

It’s powered by a fast Intel Core i5 processor and has vPro technology, so it’s ready to run the latest apps and manage your business, on the road or in the office.

Whether you’re at home or on the go, the Lenovo x220 Tablet delivers the ultimate in mobile computing.

Its full-sized keyboard and multi-touch navigation makes it the perfect tablet for work. 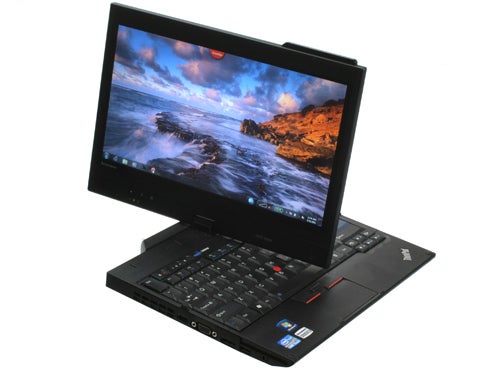 The X220 Tablet’s design does not deviate from the last generation X200 Tablet or the rest of the ThinkPad lineup, stylish Edge series excluded. The X220 Tablet is dressed in all-business black, with a magnesium alloy and plastic build featuring slight texture. The base unit is boxy but features a slight protrusion on top of the display that serves the X220 Tablet’s wireless antennas, and the six-cell battery that shipped with my review unit adds a significant bulge to the back, which provides a nice gripping point when carrying the tablet from meeting to meeting while adding a bit of distinction to a very attractive and professional device. It’s also a very tough device, and when held, feels like it was carved from a solid chunk of plastic. There is no noticeable flex or creek when held, and Lenovo claims the X220 Tablet passes many mil-spec tests for humidity, temperature, and other harmful elements. While it’s probably not as tough as some of the rugged convertibles we test at TabletPCReview, the X220 Tablet will handle everyday wear-and-tear with no problems.

The screen hinge is particularly tight and well constructed. Unfortunately, it only rotates 180 degrees in one direction, and I accidentally attempted to rotate it in the wrong direction more than once. Thankfully, the X220 Tablet shrugged off the attempt and the hinge showed no sign of strain. The display also opens up a full 180 degrees.

Finally, IT departments and tinkerers will be happy to see Lenovo include easy access to the RAM slots and hard drive. The hard drive latch is only secured by one screw and the RAM slots are hidden directly under the main access panel. The review unit we received shipped with a 4GB chip in one slot while the other was vacant. 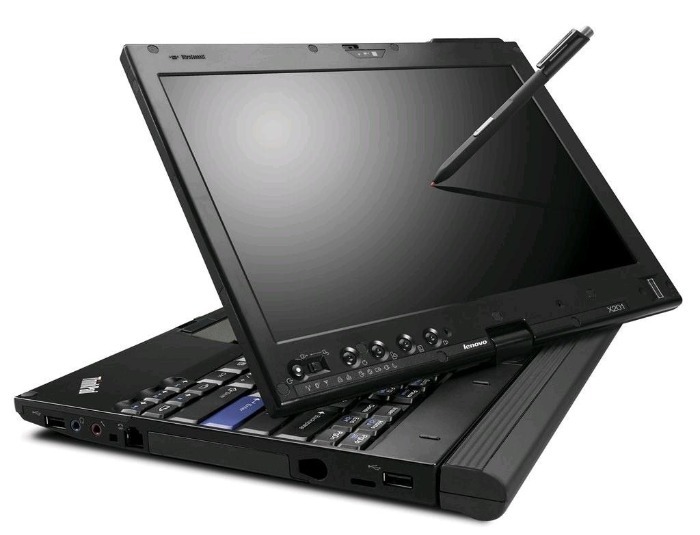