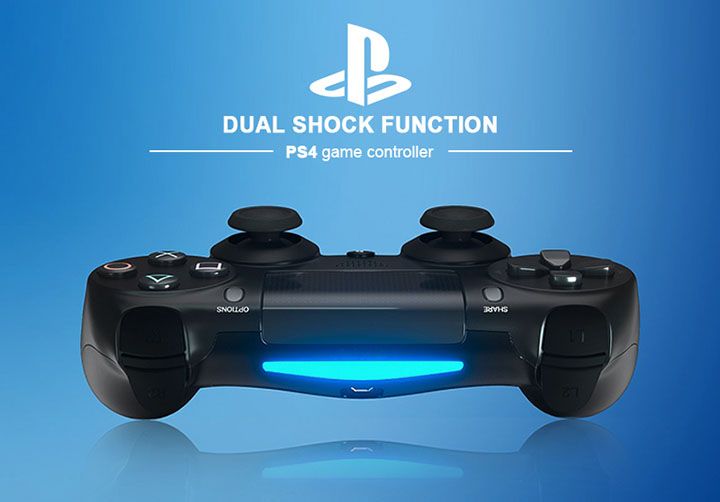 The DualShock 4
While controllers over the life of the PlayStation brand have generally been the same on the outside, Sony has made some good changes to this iteration of its controller both inside and out.

The DualShock 4 displays the same general layout and buttons as past DualShock controllers, but now the controller offers additional features along with new buttons. The most obvious change is the inclusion of a wide touchpad where the Select and Start buttons were; those buttons are now replaced with an Options button instead. Sony has mentioned that the touchpad can respond to up to two fingers at a time, which expands the number of possibilities for input to those like you would see on a smartphone. In addition, the DualShock 4 sports a 3.5-mm headphone jack that supports surround sound along with both an accelerometer and a gyroscope, both reported being better than what is currently included in the DualShock 3 and Vita. The two rumble motors can now have varying strength, a change from the DualShock 3 where rumble was either active or not. This will create a heightened sense of realism in all PlayStation 4 games. The DualShock 4 also includes a built-in speaker, meaning that sounds from the game can play through the controller instead of your normal speakers. 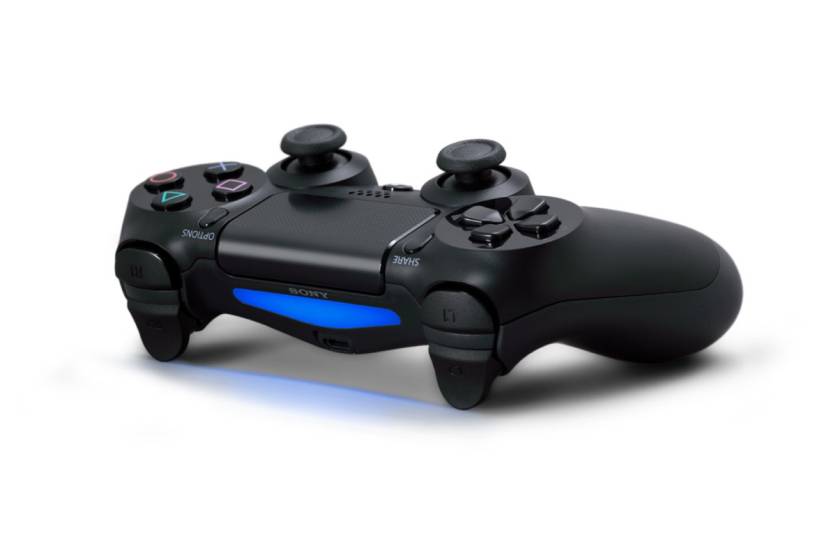 Atop the device is a light bar that can pick up and detect movement, making the controller something like a mixture between a DualShock and a PlayStation Move. According to Sony, the light bar can display one of three different LED colors to relay information; for example, if a player is low on health and may die in the game, the light bar may relay this information with the appropriate color. This could be a nice replacement to the current method most games use, such as tinting the screen red as the player loses health. The light bar will also light up corresponding to the player’s controller: blue, red, pink, and green corresponding to players one through four, respectively. Additional features the light bar offers include the ability to track players, even going so far as to reorganize the split screens in a multiplayer game when the physical order of the players has changed.